Now and then, I feel so much shame and remorse right after having sex, that I desperately want to leave the person I’m with. I want guilt-free sex, and this is the opposite; this is guilt filled sex. I finally figured out why it happens and what to do to avoid it.

I Want To Like Casual Sex More Than I Do

I love the idea of casual sex!

The promise of sex with no strings attached sounds excellent (does no strings sex even exist? I asked people, and this was their answers. Read this post to find out….)

And for a while, I had casual sex now and then. I’d meet women online and ask them over for a sex date. Sometimes they said no, but other times they said yes. It’s all in how you ask, and if they’re up for it. The sex was fun. It was low stakes, no stress, and no strings. But then over time, it became less fun. I was finding out that it’s precisely those strings that we’re at obsessed at not having that makes sex fun.It’s the connection, the intimacy, the vulnerability of two people genuinely seeing each other.There’s so much more at stake when there’s a connection.There’s nothing more exciting than taking a new person you like back to your place, and slowly taking their clothes off for the first time.

The Opposite of Guilt Free Sex Is…

Shame filled sex. Putting these three words together makes me feel bad. I don’t like it. It’s not a concept I can get behind.That’s a good definition of how I feel after sex sometimes. Feelings of guilt, regret, or sadness because I know I’ve done something wrong.But, what have I done wrong?My partner and I are two consenting adults, both having sex because we want to be and because it’s fun. We’re both looking for guilt-free sex, so what’s wrong with that?. Why do I still feel shame after sex sometimes? Why does shame fill my body immediately after orgasm?

It’s Not You And, It’s Not Me Either

Instead, it’s our connection.

My favorite breakup line, if there is such a thing is “I think you’re a delightful person, but the connection we have together isn’t the connection I’m looking for.” It’s what I say instead of ghosting someone.I made a video about it. You can watch it right here, right now.

Feeling shame after sex when I was expecting guilt-free sex is disappointing. I’m left wondering how I got here in the first place. There was chemistry and attraction when we met, so why does it disappear so quickly after sex?How do I go from being excited to be with someone, to desperately wanting to leave their bed as soon as we’re done having sex?

Sexual Arousal Was Running The Show

When I feel shame after sex, it’s because I didn’t have a connection above wanting to sleep with them.I was letting sexual arousal drive the encounter, and now that sex is over, I’m left naked with a stranger that I don’t know and have very little desire to get to know further. This isn’t guilt-free sex I was signing up for. There’s nothing wrong with sleeping with someone to sleep with someone though.It’s OK if the only thing you have in common is that you’re both attracted to each other, and both want sex. I used to do it all the time. But it never felt as good as I wanted it to, and I wanted to like it more than I did.

Why Do I Feel Guilty?

I want meaningful intimate relationships in my life.When I have sex only to have sex, I’m not building intimate relationships.I’m putting myself, my time, and my energy into a disposable relationship, which is a bad investment for me.I only have so much love to give, and I want to invest it with people that I have a connection with and that I want to build intimacy with. My guilt comes from letting my sexual arousal run the show. It comes from ignoring what my heart wants. Connection, intimacy, depth. My heart wants to love, not to have meaningless sex.

If I want guilt free sex, I need to bring my heart along for the ride. I need to know that sexual arousal isn’t the driving factor in our connection. I need to know that once sex is over, I still want to get to know you.To do this, I need to be able to answer this one straightforward question:If sex wasn’t on the table, would I still want to spend time with you?If the honest answer is ‘yes’ , then it means there’s a good chance that I want to get to know you, not just have sex with you. And that’s enough to turn potentially disappointing guilt filled sex into awesome and connected guilt-free sex.

Have you checked out the podcast? 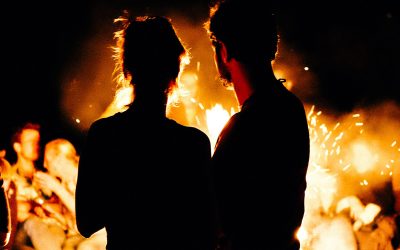 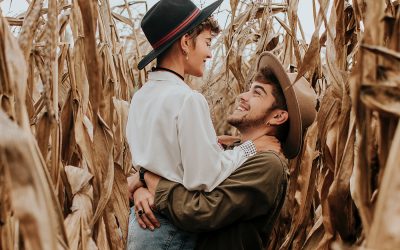 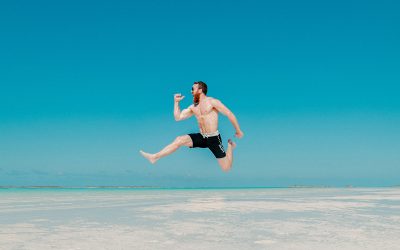