How to Love Your Body With Meghan Tonjes

Do you struggle with loving your body? You’re not alone, get in line. I’ve struggled with how to love my body for as long as I’ve started to care for it. At 25 I quit drugs and alcohol and began the long journey to loving my body. It’s a daily struggle sometimes.

Meghan Tonjes is (self-proclaimed)Fat, Blessed, and Thriving. She’s a musician, podcaster, and YouTuber, but she’s also a hilarious, witty, badass, charming, and hard-working woman that has a lot of wisdom to share when it comes to loving one’s own body.

She’s been producing YouTube videos for as long as YouTube has been around and knows a few things about the mean things people can say about your body, and how to rise above it.

She’s sassy as hell, and as big a flirt as I am. I loved recording this episode with her, and I think you’ll love it too.

Here’s Meghan and I recording the episode in her AirBnb while we were both in New York City a few weeks ago. What you’ll learn (or why you should care):

• Learning to love your body and how to do it

• How to deal with internet trolls and haters (online and offline)

Meghan just released an exceptional video about her grandmother. Do yourself a favor, watch it.

Meghan was invited to go on Ellen. I’m uber jealous and super happy for her (being a guest on Ellen is a dream of mine).

Meghan has so many podcasts! Here are two of them!

Curious about The Brunch Standard? Read about it here.

This show is produced by Shaun Galanos with help from Gilford Street Studios.

The Love Your Body Transcript

Shaun Galanos: Could you please introduce yourself?

Meghan Tonjes: Yeah, I’m Meghan Tonjes. I am a musician, singer, songwriter, YouTuber. I talk a lot about body positivity and I take no shit.

Shaun Galanos: I don’t know how to talk about your body, because I don’t have a lot of experience. Could you give me a primer?

Meghan Tonjes: Yeah. I just describe myself as a fat woman, plus size. I mean, people use a million different terms, obese, curvy whatever is in or not in.

Shaun Galanos: I don’t have a lot of experience. I don’t have fat friends. Probably because I’ve been conditioned to not like fat people. No, it’s not a very popular opinion and it’s not something that people like actively.

Meghan Tonjes: It’s a hard thing to say because yeah, you would upset a lot of people saying that. I think we probably feel comfortable surrounded by people that remind us of ourselves and the people that we’ve grown up around. I didn’t grow up in a town with a lot of people of color and I was also probably the only fat person that I knew.

I think that’s partially LA but I think it’s also there’s a similar personality as far as whenever you feel like you’re part of especially any kind of minority or any kind of marginalized group, or you’ve been treated a certain way, it allows people to find themselves on the internet and then a lot of us have found each other because it’s kind of us against the world in a lot of ways.

Shaun Galanos: I was talking to a friend about this today and he’s dating or he has the potential to date a woman and he is also obsessed with I mean, he’s a very lean man, but every woman that he’s ever dated has been very lean. But then we were talking about one of his ex-girlfriend’s who had a bit of a belly and he said the more he fell in love with her the more he just started to just love her body.

Meghan Tonjes: I think that happens. I think the more you fall for anyone there are things that maybe if you first saw them and you didn’t have that connection to them you’ve seen a different way or you don’t see it all.

I’m not necessarily interested in being with someone that comes into a being disgusted by my body and then like learns to love it.

I want you to be attracted to me and you might not be within the realm of what you’ve experienced before but I don’t think most of them that I’ve been with have been with fat girls before that’s they’re like fetish or anything like that.

They just really like my personality and I was confident and so they were like, “Okay she thinks she’s the shit. Let’s find out what it’s about.” And spoiler— I was.

Obviously, I’ve experienced a lot of misconceptions people have about fat people and how that’s affected my life and growing up what people told me I could or couldn’t do.

I grew up thinking like, “Oh, I’ll never find someone that loves me. I’ll have to change my body.” I was teased by people and I classic went to my 6th grade dance and not only did I have girls come up to me asking if I was pregnant and just made me very upset when I was 12, but I also had boys that were pretending, “Oh so and wants to dance with you,” and they were messing with their friend as a joke at the expense of me essentially.

It’s just you deal with a lot of people thinking that you’re not really a person and treating you like a joke and I don’t know how it happened.

But I’m lucky enough to I think have grown up in somewhat of a way where I was told by my mom like, “Whatever you want to do, we’re going to figure it out.” And I internalized that enough that now I think I can do anything I want.

And so I do it, even if the world tells me I can’t. Why, because I’m fat? I’m funny. I’m great and I am beautiful. I’m awesome. Hello. Why do you think he’s sitting across the room for me?

Shaun Galanos: It’s amazing that you had some level of support that allowed you to sort of grow up feeling like you were worth it and you could do whatever you wanted to do.

Meghan Tonjes: Yeah, but the interesting thing was I didn’t grow up feeling good about my body necessarily. I went to fat camp when I was young.

I was put on diet suppressants when I was like 13, my mom would sneak me to the gym and I would lie about my age because I wasn’t old enough to be at the gym. I did all the things.

I came from a family who didn’t look like me. I ate what they ate, but my body just dealt with it differently. I didn’t like playing sports so much.

Everyone’s always communicating and talking about other people’s bodies in front of them or about them. I think as I’ve gotten older I don’t like how that feels, that’s not really the life that I choose.

But I also remember being in second grade and I remember this kid whispering to me that I was fat and instead of me crying about it or going home, I raised my hand and I told the teacher, “He’s telling me that I’m fat.”

I just said the thing that happened to me and how I felt about it and then other people who didn’t feel empowered to say that were like,

“Oh I feel that way too. Wow, seeing you say that makes me feel like I can say that too”.

I sort of do that to a certain extent when it comes to sexuality and intimacy from a man’s perspective. I like to talk about things that people feel are awkward and that often aren’t talked about.

It just empowers people number one to talk about those subjects, and then they also realize that they’re not alone. There’s probably a lot of people that feel the way you felt.

Meghan Tonjes: Yeah, and there are a lot of people that don’t even look like me that feel the way that I feel.

What ends up happening is that people look at me just existing and not being apologetic for anything and say, “Oh that’s so brave.”

It makes me sad because it’s so brave because we live in a world that conditions us to make us feel like we have to constantly hate ourselves, if we’re not hating ourselves we’re doing it wrong.

I don’t like that feeling. I only have so much energy to begin with and it’s like why am I going to waste it feeling like I hate myself when I don’t hate myself. I like who I am.

I just wish that things in the world were somewhat different and while I’m here, why don’t I do stuff that I love.

If you liked this episode, you’ll love this one: 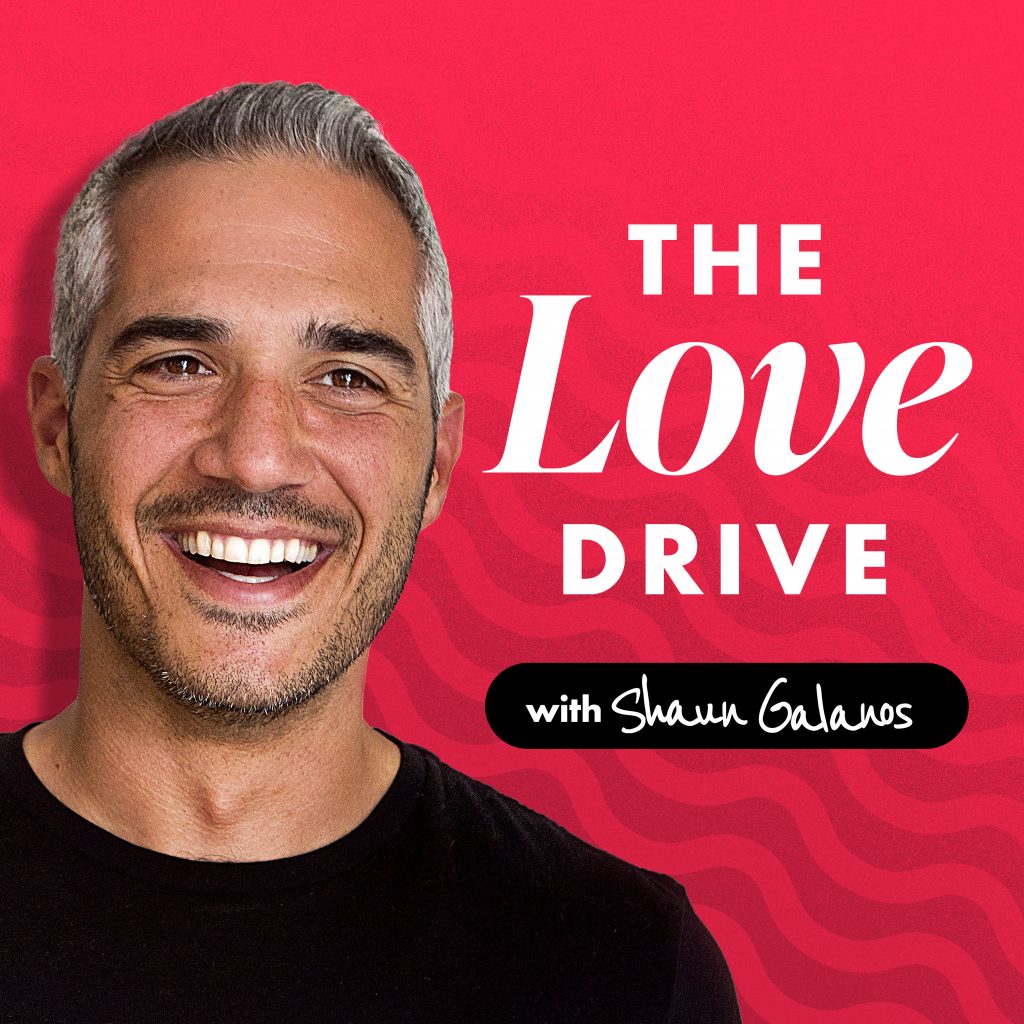 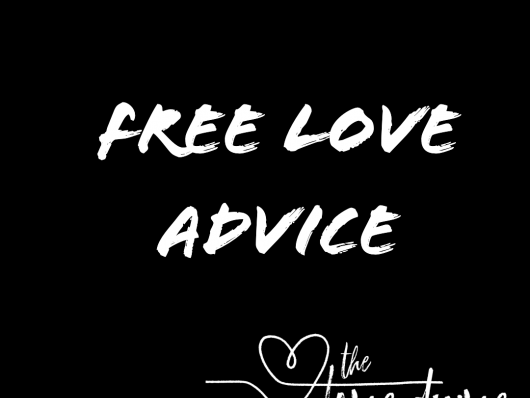 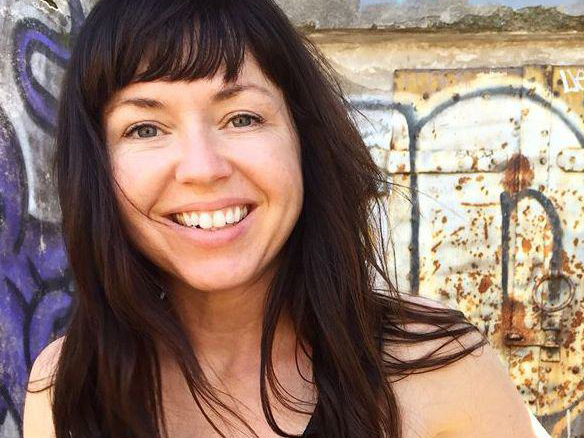